Cool Cabins – 5 of the coolest cabins you can stay at

Cool cabins are what everyone’s after. If you are two take a look at some of our favourites. It’s probably safe to say that most of us would give anything to own a secluded cabin. Maybe somewhere nice and remote where we could spend a few weeks unwinding and catching up with our thoughts. You’d be forgiven for thinking that all log cabins around possess the same features and functions. In reality the fact is that they can be some of the most creative living spaces imaginable. Don’t believe us? Here’s a look at 5 of the most stunningly awe-inspiring cool cabins around – each of which is far cooler than any traditional home!

First of our cool cabins – The Nook Treehouse in Surrey, England 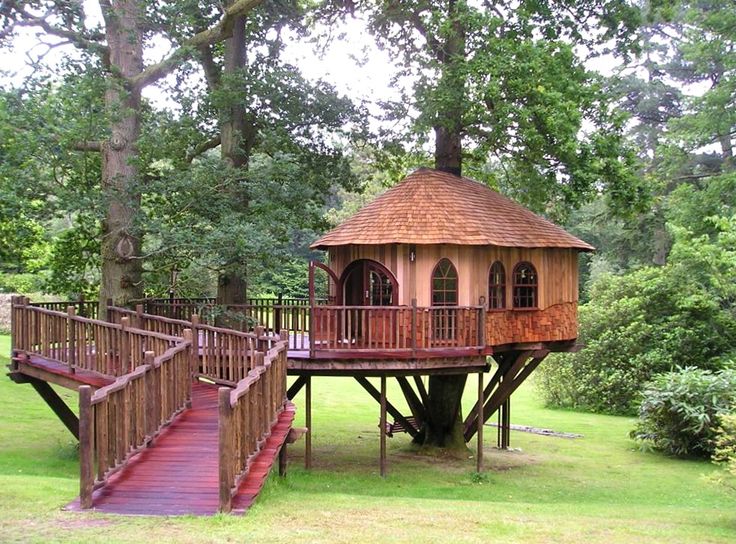 Resembling something from a fairy tale is this cool cabin. The Nook Treehouse might look like something otherworldly, but in reality it’s just an incredible unique take wood design! Each of those little strips of wood are hand-shaped and fitted in place like a jigsaw puzzle. It’s not just an aesthetically-orientated cabin either; this humble abode is fully functional inside, with its very own (risky) fireplace outside.

If you’ve ever seen the movie Waterworld (starring Kevin Costner), then this next cabin might just trigger a few memories. Instead of living on a floating island made of scrap pieces. This cabin is ideally situated just north of Pemba Island – seemingly floating on the surface of the sea. The only way to get there is by swimming (or by boat if you have luggage). But, once you set foot on the stylish wooden panels, you’ll forget all about the real world. We have one word to think about though… sharks!

Not only does this cool cabin look like something from Lord of the Rings – it’s actually one of the remotest on our list. Located in the heart of Beauly, Scotland – the Eagle Brae log cabin is all but invisible from space. Featuring a frequently treated lawn roof and nearby lake, the cabin is like something from a fantasy film in every respect. We actually couldn’t bear the thought of leaving this realm of solitude, but hopefully the image will suffice for now.

We’re not sure if the Hawk House came before the Eagle Brae – but you’ll definitely appreciate the similarities. Situated on the other side of the world, the Hawk House overlooks one of the most stunning sights in California – a valley filled to bursting point with vegetation and wildlife. We can’t see a railing at the entrance to the valley however, so we wouldn’t recommend this destination to sleep walkers!

Would you consider this incredible expanse of wooded construction a cabin? As its name may suggest, it is in fact a lodge, but boy does it look cool. Comprising 80% wood and 20% stone, this holiday retreat looks magnificent in the evening. Considering it can be booked for solo stays (an activity unfortunately normally restricted to the rich and famous), it makes one hell of a cabin!